June 16, 2021
Escape from Puroland (The Laundry Files 7.5)  / Charles Stross Previously Reviewed: The Annihilation Score The Nightmare Stacks Dead Lies Dreaming This novella is fantastic .  Coming it at under 150 pages it's a fast read, with just enough filling in of background & setting that an unsuspecting reader can dive in and follow without getting bogged down.  Bob is, after all, generally conscientious in journaling his missions.  Also, like a new reader, he is always being thrown into situations without a thorough briefing, so beyond establishing details such as his marriage, the organization he works for, and his role as the Eater of Souls, Jr, and the concept of Computational Demonology (all of which are integrated seamlessly), we are all discovering things together. Most of the series takes place in England, with a few visits to the US and International Waters.  Escape from Puroland  brings us somewhere new both in location for the series and the mythology it has delved into.  For
Post a Comment
Read more 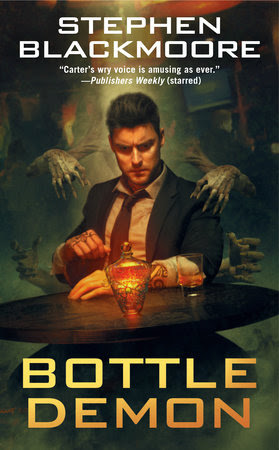 Bottle Demon (Eric Carter #6) / Stephen Blackmoore Previously Reviewed: Fire Season (Eric Carter #4) Confession time first.  I didn't realize I had missed a book between Fire Season  and this one.  Which left me a tad bit confused about The Whole "Being Dead" Thing. For those new to the series, I very much recommend starting at the beginning with Dead Things.  Eric fits in well among a line up of literary contemporaries such as Sandman Slim or Harry Dresden, there's even something for fans of Preacher but pulling on Mexican mythologies (I'm going general here rather than accidently indicate the wrong pre-colonial culture) rather than Christian.  It's a dark urban fantasy featuring a necromancer who has a penchant for falling into problems above his weight class, a tendency to mouth off rather than play politics, and has a dry sense of humor. One thing that Blackmoore does well with this series is in effect keep it "small."  The cast does grow and cha
Post a Comment
Read more

[Book Review] Angel of the Overpass 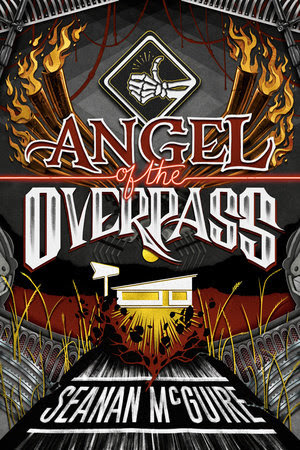 Angel of the Overpass (The Ghost Roads #3) / Seanan McGuire Previously Reviewed Sparrow Hill Road The Girl in the Green Silk Gown Angel of the Overpass is a novel I didn't expect to come across.  I thought Rose's background arc was wrapped up with The Girl in the Green Silk Gown .  This story picks up after the events of That Ain't Witchcraft , with the Crossroads dead, realities readjusting, and Bobby Cross has lost his lifeline. Just as the world setting of this story has changed, Rose is also inevitably changing. Parts of this book felt like I had read it before, and others seemed completely new.  It tackles the results of people making choices for themselves without considering others, and the unrealized choices that shape oneself. Advance Reader Copy courtesy of DAW (Penguin RandomHouse) in exchange for an honest review; changes may exist between galley and the final edition.
Post a Comment
Read more 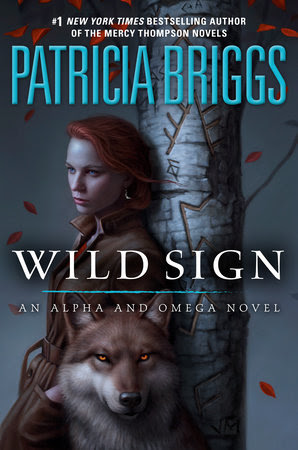 Wild Sign (Alpha & Omega #6) / Patricia Briggs Previously Reviewed  Dead Heat (Alpha and Omega #4) Fire Touched (Mercy Thompson #9) Silence Fallen (Mercy Thompson #10) Storm Cursed (Mercy Thompson #11) Smoke Bitten (Mercy Thompson #12) This book caught me off guard.  Not because the chronology fits it in between and around Mercy's stories, that's laid out cleanly.  No, what caught me off guard is that I never expected the book that would actually unlock Leah to us.  She's been a cypher throughout all of the books in the series, an antagonist at times, mated to Bran, the Marrok, but always somehow on the outside and at odds.  That it would happen in the Alpha & Omega arc instead of Mercy potentially makes more sense, after all, there are more walls between Mercy and the mate of the man she thinks of as her father.  Yet, I've always thought of Alpha & Omega as the series that was more Paranormal Romance next to the Urban Fantasy of Mercy Thompson . Y
Post a Comment
Read more 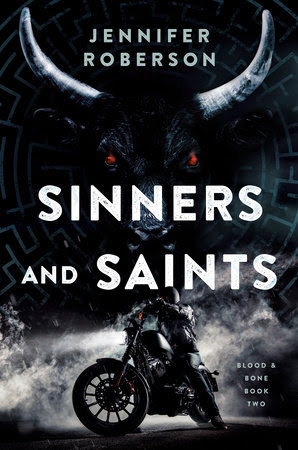 Sinners and Saints (Blood and Bone #2)  / Jennifer Roberson From the publisher: " A biker and a cowboy must fight the coming apocalypse in the second book of the Blood and Bone contemporary western fantasy series. It’s the End of Days, and Gabe and Remi–an ex-con biker and a Texas cowboy–have been conscripted to join the heavenly host in a battle against Lucifer’s spec ops troops: demons who inhabit characters from fiction, history, myths, legends, and folklore. But Gabe and Remi, still learning their roles, now must deal with one particular demon wearing the body of an infamous murderer: Jack the Ripper. Young women bearing the names of the murder victims killed during the Ripper’s time are turning up dead, setting Gabe and Remi on a perilous path to save whoever they can, while also battling members of Lucifer’s vanguard bent on killing them. Sinners and Saints is myth and magic, gods and goddesses, angels and agendas. " Upfront, this sounds like my type of book.  I love
Post a Comment
Read more 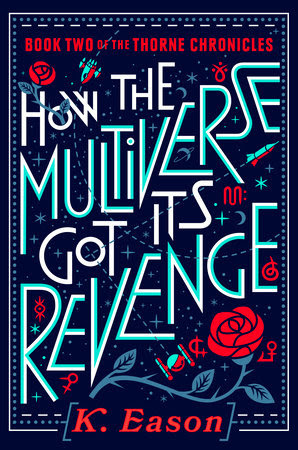 How the Multiverse Got Its Revenge (Thorne Chronicles #2) / K. A. Eason Previously Reviewed: How Rory Thorne Destroyed the Multiverse (Thorne Chronicles #1) At the end of book one, Rory renounced her title and position and sought to make a new life for herself defined by her  actions rather than that of the family she was born into.  Unfortunately for her, the multiverse had other ideas. There's something slightly bittersweet about this story, we see growth and development across the supporting cast, and some of that proves painful.  Rory is no longer their princess, and in that absence her companions are growing into their own power and actualization.  Rory still has the fairy gifts, but she still requires tempering instead of falling back on the assumptions of her upbringing. While still enjoyable, How the Multiverse Got It's Revenge doesn't quite recapture the magic of How Rory Thorne Destroyed the Multiverse .  Still fun and worth a read, just more standard magical spa
Post a Comment
Read more 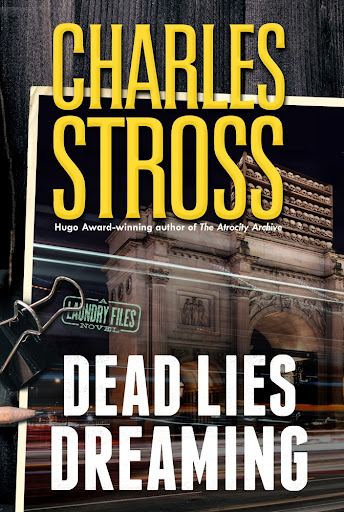 Dead Lies Dreaming (The Laundry Files) / Charles Stross I've been an avid reader of Charles Stross and The Laundry Files in particular.  A series that started as parodies of well-known British Spy novels with snappy humor and a delightful taste of Lovecraftian horror... as well as Information Technology horror.  If you've worked IT, you know there's plenty of material there .  The series now stands on its own as a dark fantasy, comedy lightly coating the deep horror of what you're reading. Dead Lies Dreaming is a departure from the familiar story line, set instead in the greater setting that Laundry Files falls within.  There's no Bob, or Mhari, or any of the familiar faces... except one.  The New Management, the being formerly known as The Mandate.  This is his England, a country drastically shaped by the damage the Laundry could not mitigate, and this is a story about the people who live in that country. When magic and superpowers emerge in the masses, Wendy Dee
Post a Comment
Read more
More posts