Showing posts from March, 2018
Show all

March Read: A Wrinkle in Time

March 21, 2018
Look.  I made a mistake.  I thought it would be great to re-read the book the month the movie came out.  I know  better.  But I have a copy in hand, and it shouldn't take too long to read. I never read A Wrinkle in Time as a kid.  My first foray into the story was at 17, shortly before going off to college.  It was a neat odd little story to me then, one that I left being well aware that certain parts didn't make sense but that I enjoyed it overall none the less.  So giving it a go again while I play catch up on the rest of my life, the reasons for which are a whole different post!
Post a Comment
Read more 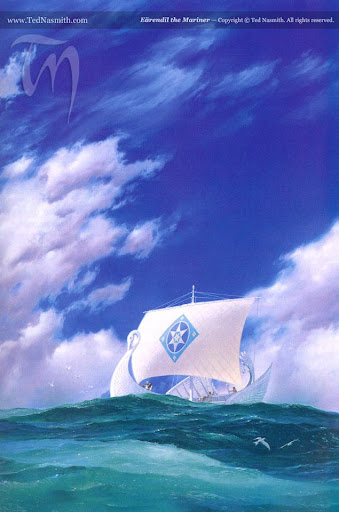 Here we are in the end, the Downfall of Númenor.  The story tells us of the division of Men, those that fell under the Shadow of Morgoth, those who refused all calls, and those who allied with the Eldar and Valar, known as the Edain or the Faithful.  After the fall of Morgoth the Edain were given a land of their own in the West, enriched by the gifts of the Valar, and they were led to it by a star in the sky.  So begins the history of the Dúnedain.   The Dúnedain resemble the Eldar in many ways, tall, wise, glorious, long-lived, and with few children.  They grew skilled in crafts and loved the sea, though forbidden to sail further West than they could still see their shores.  To them the Eldar brought the seedling of Celeborn, the White Tree that marks their standards.  Eventually the Dúnedain returned to Middle-earth, unable to sail West.  To the men living under the Shadow, the Númenóreans were glorious and aweful, strong and skilled, bringing back to Middle-earth something resem
2 comments
Read more 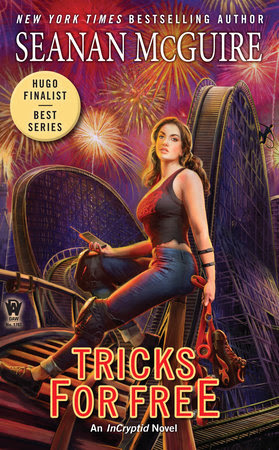 Tricks for Free (InCryptid #7) / Seanan McGuire Previously reviewed Chaos Choreography (InCryptid #5) Magic for Nothing (InCryptid #6) Ok folks, I have some really bad news about this book. There are no Aeslin mice in it.  But they have their own novella at the end (and it's kind of adorable). In Magic for Nothing I was a little harsh on Antimony... and what I said still holds true, she needed to grow up and she did.  So now we get an Annie who has learned in a way she never knew before what exactly it means to be a Price, perhaps still with resentment and issues with Verity, but that is tempered with understanding as well.  I like this Annie. Hiding out from the Covenant (and her family), Antimony has donned an old identity and getting by as an employee at the Lowryland amusement park while she attempts to get her life back together.  Life, on the other hand, has its own plans for her.  Lowryland turns out to be run by a cabal of magic users who offer to tea
Post a Comment
Read more
More posts