Showing posts from August, 2016
Show all

August 31, 2016
As mentioned earlier on, the words of a wizard are to be feared indeed.  Saruman's voice is heard as a delight, as wise and reasonable, its listeners compelled to agree.  All other voices sounding harsh and uncouth, voiced disagreement kindling anger.  He is the epitome of the enemy seeming fair while being foul.  He speaks to the insecurities and fears, offers alliance and salvation.

Not all are swayed, but Saruman does his best to discredit the voices of reason.  Theoden nearly falls to Saruman's thrall, but perhaps his recent experiences in breaking free helped him find his way out again.  Their king's resistance breaks the spell of Saruman's voice and composure, turning nasty and disparaging.  Reminds me of a relationship I used to be in.

Actually, joking quips aside, this chapter resonates with me very strongly.  I've been within the orbit of/under the influence of people who speak and behave like Saruman.  Not in content, but in methodology and intent. 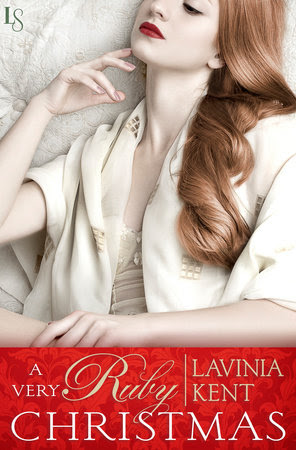 Previously reviewed in this series:
Mastering the MarquessRevealing RubyBound by BlissSarah's SurrenderRavishing RubyAngel is Scarlet Madame Rouge is looking at passing on the torch, and becoming just Emma Scanton (or, more specifically, Emma Price), but passing on the torch is more than finding an interested buyer for her business.  Even more pressing is the desire to see her fiance after months at sea.

The sudden appearance of her half sister, pregnant and defiant, changes things in ways Madame Rouge would have never expected.


Ok, so those complaints I made about Angel in Scarlet?  Let's call a number of them answered with this book.  I mean, I'm not even much of a fan of Christmas stories.

Maybe it's because the previous stories took care of most of the overly complicated misunderstandings getting in the way of attraction, but A Very Ruby Christmas has a good flow, and some really good inter-character chemistry.  While the story r…
Post a Comment
Read more

Lord of the Rings : The Towering Read - Book 3, Chapter 9 Cheeky hobbits and the comfortable levity of friends reunited.  There is quite a lot to be said for the bonds that are forged through shared trauma and hardship.  The hobbits are some changed for their experience, both in mind and body (the latter thanks to the entish draught).  Meanwhile Aragorn is becoming altogether more with his different aspects coming into a balance with each other.  The world has grown a little smaller too, with hobbitish pipe weed discovered in Saruman's private reserves.  Aragorn notices the oddity, but does not quite mark the significance of it.  Th3 hobbits and the Shire are no longer a passing rumor to those in power, and that "Wormtongues may be found in other houses than King Theoden's."

The ents themselves deliberate, but when they come to a decision it is with fury and purpose, marching on Isengard.  The battle as described has a discomforting air of menace and danger otherwise missing from the encounters before.  The huorns to wild t…
Post a Comment
Read more

Lexicon is a book about words, about using them to manipulate and control the world around you.  About power, balances, and relationships.

In some ways Lexicon is a light thriller with a unique premise.  In other ways it is a very complex and multilayered story.  Part of my reason for picking it as a book club read was that I knew I would be able to read this quickly, something I generally need in July, and it delivered.

My discussion questions are limited, but ones that are tied deeply to the narrative itself, and questions that are not necessarily insubstantial on their own.

Discussion Fodder
What issues does Lexicon bring up in regards to privacy and personal data?  "But what bothers me is how HARD they're all working for that data, how much money they're spending, and how they never admit that's what they want."Words have power, what are the different ways this story explores it?  What ways do they have power in your life and the world at la…
Post a Comment
Read more

Lord of the Rings : The Towering Read - Book 3, Chapter 8 Mercy again comes up as a theme, though mercy of a less surprising nature.  The Rohirrim are by and large people of heroes in this story, and so they show mercy on the attackers from Dunland who Saruman had raised against Rohan.

Gandalf hasn't really been in a place to know fully what the ents (and our troublesome hobbits) have gotten themselves up to... but he knows a thing or two about ents... and hobbits.  I'm pretty sure he knows exactly what became of "the miserable Orcs," but that sort of thing is probably best not disclosed while traveling with nervous companions.  The malice of the forest is not subtle, even Gimli picks up on it (that or he rolled really high on a perception check).  As a wood-elf, Legolas has a bit more insight, about the specificity of the wood's hate and of their non-local origin.

The discussion of dwarven and elven aesthetics stands out to me as a study in contrasts and values.  What one finds wondrous and precious, the other views wi…
Post a Comment
Read more

Previously reviewed in this series:
Mastering the MarquessRevealing RubyBound by BlissSarah's SurrenderRavishing Ruby Once it seemed as if Angela Ripon and Matthew Harkness, Earl of Colton, would be wed.  Angela's defiant spark caught Matthew's attention, but when it seemed to go out without any warning he dismissed her as too timid for his tastes.  With a behavior change triggered by overhearing Matthew with a mistress, Angela is left angry and wanting him to feel what she felt at his rejection.  And the only way she can think of to do that is to learn seduction from the infamous Madame Rouge, to make the Earl burn for her so that she can teach him rejection.

The two of them fall into a dangerous and exciting game, one where more than hearts are on the line.


Angel in Scarlet is a creative continuation of the Bound and Determined series, with some interesting development/growth regarding a rather obnoxious familiar antagonist.  I'm wonder…
Post a Comment
Read more

Lord of the Rings : The Towering Read - Book 3, Chapter 7 The non-hobbit faction of the Fellowship rides knowingly with Rohan into Isengard's storm.

The defending team has not fared well in the face of overwhelming odds and little support.  But the host turns away from the Fords of Isen and makes way instead to Helms Deep, while Gandalf takes his leave on an unstated errand.  On their way they encounter signs of merciless battle, the bodies of slain citizens cut down while they fled and what few decimated companies remain are scattered and leaderless.  The surviving civilians who escaped have holed up in the caves of Helm's Deep.

Perhaps unsurprisingly, Gimli totally digs hanging out in caves while Legolas is generally left unsettled.  Gimli also turns out to be unexpectedly sneaky... as well as quite eager for battle.

Once the battle is joined it does not ease off, but comes in waves, testing and trying the defenses.  As far as sieges go, this is a short one, lasting mere days.  The fight is not just man (and dwarf and elf) against …
Post a Comment
Read more

Somehow I made it into my 30's without ever really being aware of James Tiptree, Jr.  I don't know how this occurred, especially since now I'm realizing how many authors I love have won the James Tiptree, Jr literary award.

Alice Sheldon, best known in the literary world as James Tiptree, Jr, led an amazing life that ended in tragedy.  His/her stories are original, powerful, and often unsettling.  Science Fiction set in a "now" or far in the future, close to home or far flung.

For me the biggest challenge came in the size of the volume - it appears my attention span for short story collections is shorter than the size such a comprehensive collection calls for.  It's a book that would have worked better for me not to have a month's framing to read it, but one to read stories then have time to take a break as they bounced around in my head.  That being said, I'm very happy I included it as the Virtual Specul…
Post a Comment
Read more

Lord of the Rings : The Towering Read - Book 3, Chapter 6 This chapter opens with setting and world-building, with much on the vastness of Rohan and the shortened lives of regular men.

Rohan itself has become defensive and insular, not just thanks to the corruption of their King but in a growing atmosphere of fear and separation.  Middle Earth has many cultures and kingdoms, but by and large they exist spread out and distant from each other.  I do like Tolkien's explicit acknowledgement of a common tongue here, the members of the fellowship and those they meet certainly have their own languages, yet largely speak the same.  Aragorn, Legolas, and Gimli have already met suspicion and distrust based on their outsider status, but here are met with guards deliberately using the language of Rohan to filter friend from foe.  This is not an insignificant action in creating division between us and them, and is one that regularly causes us issues in modern life.

The continuing suspicion of Gandalf as a spy of Saruman is both logical and hilarious.…
Post a Comment
Read more

Previously reviewed: Taking the Lead (Secrets of a Rock Star #1)

Gwen Hamilton has spent most of her adult life trying to distance herself from her family's name.  Not because of any disgrace, but because she wants to know she makes it on her own ability not on the weight of her name.  Maybe that's what makes walking on the wild side so attractive to her, and why she plays along when the stage crew of her brother-in-law's band take her for a groupie.  Either way, it lands her in the trailer of guitarist Mal Kennealy.

Burned too harshly in the past, Mal eschews relationships.  But something about the unnamed groupie with intimate tattoos declaring "Love Pain" and "Excrucia" draws him.  Little does he know that Ricki's sweet blond sister is the wild tattooed masochist he tumbled after a show.


However, secrets have a way of slipping out, and what follows is a chaotic, passionate, and complicated affa…
Post a Comment
Read more
More posts