Showing posts from May, 2017
Show all

User / Devin Grayson, John Bolton (ill), and Sean Phillips (ill) User is the queer coming-of-age on the Internet story I didn't know I was looking for (but really should have been). I grew up discovering the Internet as it grew from a specialist resource and message board hub into the complex sprawling hodge-podge it is now.  Not that Internet is not still growing and changing, but it's become something a bit more ubiquitous rather than something that's limited special interest or hobby.  There's still a divide in how people view friendships and relationships developed in person and online, but those relationships do occur and can be incredibly meaningful as are the worlds we create with each other. User is a story about all of that and more.   It's about finding refuge in shared fantasy and friendship, as told by a young woman who discovers text-based online fantasy gaming.  The story is heartfelt and raw, dealing with difficult subjects frankly.  I high
Post a Comment
Read more

Lord of the Rings : The Return of the Read - Appendix A: III. Durin's Folk

May 27, 2017
And on to the dwarves! Dwarves, beyond Gimli, are almost an afterthought in The Lord of the Rings trilogy.  Maybe it's a balance to their primary role in The Hobbit , and by extension, the role they've played in the destruction of the One Ring.  For whatever reason, perhaps because they're less "pretty" or ethereal than the elves, dwarves are often the red-headed stepchildren of LotR fandom and mainstream lore.  Not to say they don't have their fans, but even when they are they key members of the cast they barely have personalities as we see in The Hobbit . So, we get some filling in the lines here of dwarven history and lore.  Some of it we're already familiar with, about the delving deep in search of mithril and finding the Balrog.  This section repeatedly cites The Hobbit while expanding the story beyond that known (or shared) by Thorin Oakenshield. I have to assume that Thorin was not aware of the Great Ring his father held.  His obsession on f
Post a Comment
Read more

[Book Review] The Core of the Sun

May 25, 2017
The Core of the Sun / Johanna Sinisalo The Core of the Sun is a must-read for fans of The Handmaid's Tale , set in an alternate historical present Finland 'eusistocracy' that revolves around public health and social stability, and where women are bred for beauty and subservience. Women who meet the beauty and subservience standards are allowed to breed and known as ‘eloi’ or ‘femiwoman’ while women outside their beauty standards or who display intelligence are sterilized and labled ‘morlocks.’ The narrator passes as an eloi and has an addiction to capsaicin, an illegal substance under the ‘eusistocracy.’ This was a re-read for me, it seemed timely for a number of reasons, but with The Handmaid's Tale being so highlighted lately I liked the contrast of this title and had a previous interest of including it as a book club read.  The fact that I ended up with two Finnish authors in a row wasn't intentional, but let's go with it (this one for April and The
Post a Comment
Read more

Lord of the Rings : The Return of the Read - Appendix A: II. The House of Eorl

May 23, 2017
The House of Eorl gives us the history of the "Eorlings" or the Rohirrim, and their longstanding connections with Gondor.  The horse lords claim kinship with the people of Gondor, but have a more migratory lifestyle with finally settling in a permanent homeland after being awarded territory for helping Gondor against it's enemies.  The name "Rohan" comes from Gondor, and "Rohirrim" meaning horse lords. We also learn the history of Shadowfax's lineage, a horse that threw Eorl's father and later called to account by Eorl himself and named Felarof.  Horses of that line were called mearas, who would bear only the King of the Mark or his sons and none other, until Shadowfax.  It helps put a little more in context why perhaps there was upset to exploit in Theoden about Gandalf riding off with Shadowfax. The refuge known as Helm's Deep earned it's name for King Helm Hammerhand, a King of some renown and some fighting skill.  It was there t
Post a Comment
Read more 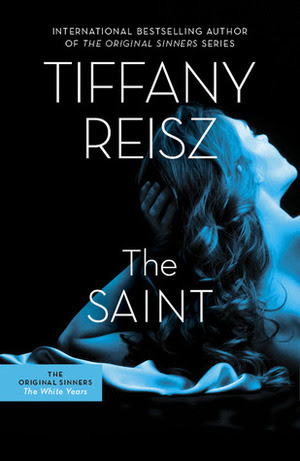 Lord of the Rings : The Return of the Read - Appendix A: I. The Númenorean Kings (v) Here Follows a Part of the Tale of Aragorn and Arwen

May 14, 2017
Everything in the appendices ties directly to the saga of the Ring, that goes without saying and Tolkien held the history and language to higher importance that the story itself.  But to me, this section is particularly tied to The Lord of the Rings .  Maybe it's because it's not just backmatter, but specifically the the backstory for two living characters that have a full arc within the saga? The section is illuminating in several areas, actual age and expectations of Duindain stand out, with Aragorn being born to a 58-year-old man and to a woman considered young for motherhood among their people.  Long life-spans tend to correspond with a longer immaturity/childhood, so regardless of expectations and adult behavior, it makes sense that expected reproduction occurs decades later in life than it would for regular folk.  Aragorn's blind fostering by Elrond also explains much, including some of the peculiarities of their relationship and Aragorn's general lack of royal
Post a Comment
Read more

Lord of the Rings : The Return of the Read - Appendix A: I. The Númenorean Kings (iv) Gondor and the Heirs of Anárion

May 06, 2017
To me this section could come with the following alternate titles: Power, Hubris, and the Inevitable Decline The Good Old Days Weren't Necessarily All That Great TL;DR: Bloodlines falter, they go crazy for ships (which is great, except we also know they're not supposed to sail in a certain direction, and we know where this is going to go), and the Great Kings of Old aren't really all that great. Gondor most clearly falters with Atanar Alcarin, who liked his wealth and power, but really couldn't be bothered to maintain it (and neither could his sons).  Among his various failings we can list laxity towards Mordor.  Then we go forward to Narmacil who decides actually being King is just too much hard work and names Minalcar Regent of Gondor. Then we get a little bit of racism mixed in, since the son of a Regent married a bride from the Northmen, and the Dunedain fear the degradation of their long-lived and majestic race.  Unsurprisingly, when their child Elda
Post a Comment
Read more
More posts