The Hobbit : An Expected Journey - Chapter 3

September 13, 2015
Chapter 3 beings with our party flush with success from their first encounter with danger.

The first hurdle is passed, danger lurks ahead, but first they seek the hospitality of the Last Homely House.

Rivendell is a haven from the world at large, a place where our road weary travelers can relax and renew their sense of purpose.  It is also the point where everything hangs in balance, Bilbo has his itch for exploration and his desire for a cozy hearth, and the point of no return for the adventure.  After Rivendell the dwarfs can expect no shelter or friendly faces, even though Middle-Earth is not so empty that they head into a wasteland devoid of any civilization.  Here it is that they come to truly start their adventure, and to gain direction as Elrond interprets their map.  We'll see Rivendell as this keystone in other of Tolkien's work, such as the gathering of the fellowship in Lord of the Rings. 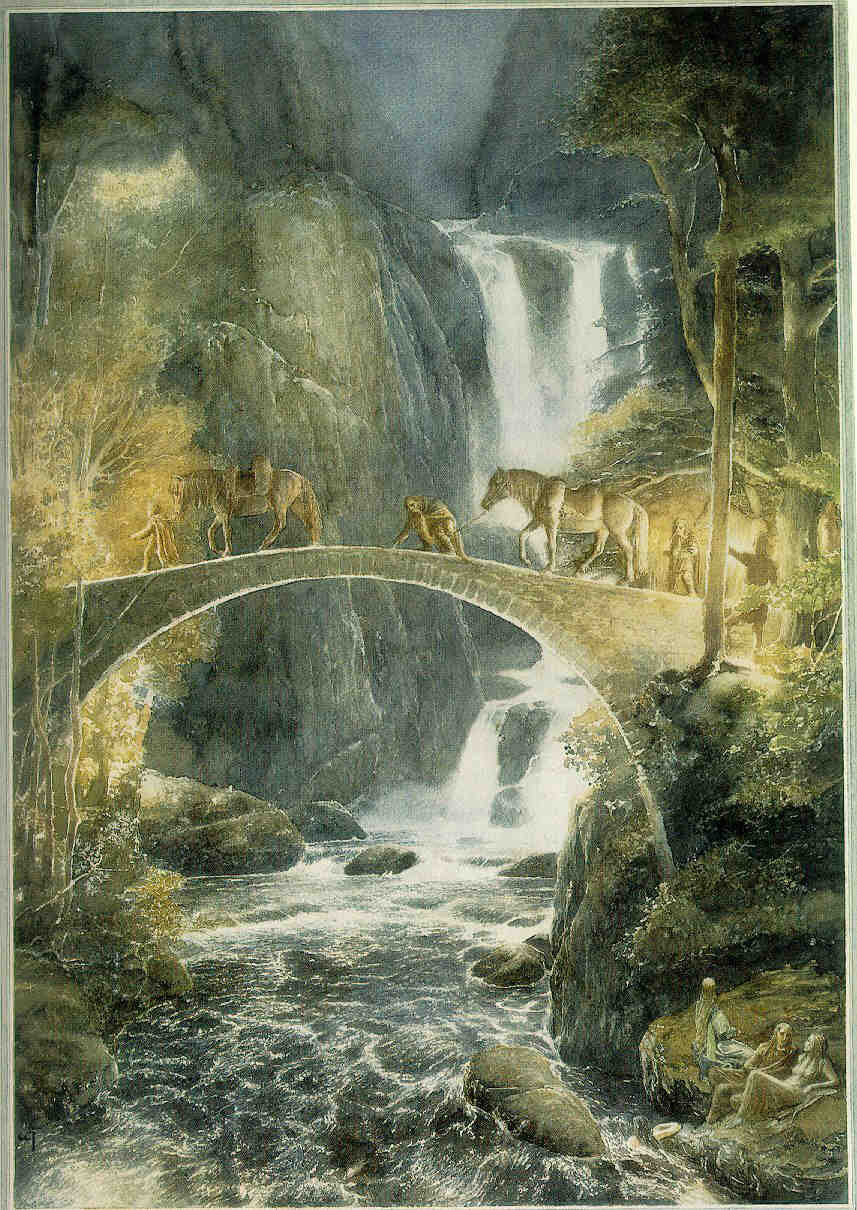 The Last Homely House serves to remind us that the journey is treacherous.  "Evil things did not come into that valley," reminds us that there is evil, and it is waiting.  The Hobbit invites the reader into Bilbo's journey.  In many ways we become Bilbo, experiencing his uncertainties, his fears, and his wonder.  Rivendell is a sanctuary for characters and readers, we know in this location, nothing ill can occur.

This chapter is where to me, the movie really goes off the rails.  We go from a journey of days to a frantic race from orcs, with Thorin's deep-seated racial prejudice against elves making him act like an utter ass again and again, and some Middle-Earth history special sauce thrown in.  We also get a rather disappointing treatment of musical nature of the Elves, there is no lyrics or even joy to the music played.

The Last Homely House is described as the ultimate refuge, one where all who visit are at peace and all their needs met.  Instead Jackson gives us a lovely but stuffy and rather unsuitable dinner reception, with jokes about the femininity of their hosts (though considering the difference between male and female dwarfs is the amount of facial hair, Kili disparaging on their hosts' lack of beards makes little sense), and a gaggle of dwarfs acting like rebellious and particularly ill-mannered 10 year-olds.

In many ways Jackson at this point wrests The Hobbit from being a story about Bilbo to one divided among the dwarfs and one devoted to setting the stage for The Lord of the Rings 60 years later.  We learn of the Necromancer, of the forming schism between Saruman and Gandalf, of greater motivations for Gandalf to support the Thorin's venture.  Bilbo exists here more as an observer, seeing bits of history and the present that are destined to meet, and wandering as still an outsider to the dwarven party.  Meanwhile the dwarfs eat, and joke, and scandalize the elves, showing us more of their personalities than just that of unexpected guests.
literary analysis Silmarillion Blues