Lord of the Rings : Fellowship of the Read - Book 1, Chapter 6

The old forest (and therefore the next few chapters) is completely excised from Peter Jackson's film translation... and commonly one of the least missed sections.  The general consensus seems to be that it would have turned into a weird, drawn-out passage adding nothing to the story of the Ring (all these years... and Hobbit films later, I think we've seen a number of examples of weird, drawn-out passages that add nothing to the story).  I will bow to Christopher Lee's opinion that the film worked out better without Tom Bombadil, regardless of any opinions I hold on how certain elements had potential for different types of danger to the flight from the Shire to Rivendell.

With the general outlook and lifestyle of hobbits, the Old Forest stands out as a bit of an anomaly.  It's a reminder of a conflict between hobbits and nature, one that nature remembers even if the garden-loving hobbits have largely forgotten.  The forest itself may explain why hobbits have remained largely out of notice of the world at large, a physical and metaphysical barrier.  I think the forest might actually be representative of the scars left by previous wars.  The adventures ahead may be metaphors for what Tolkien witnessed in World War I, but there were wars and scars before, ones that made there mark. 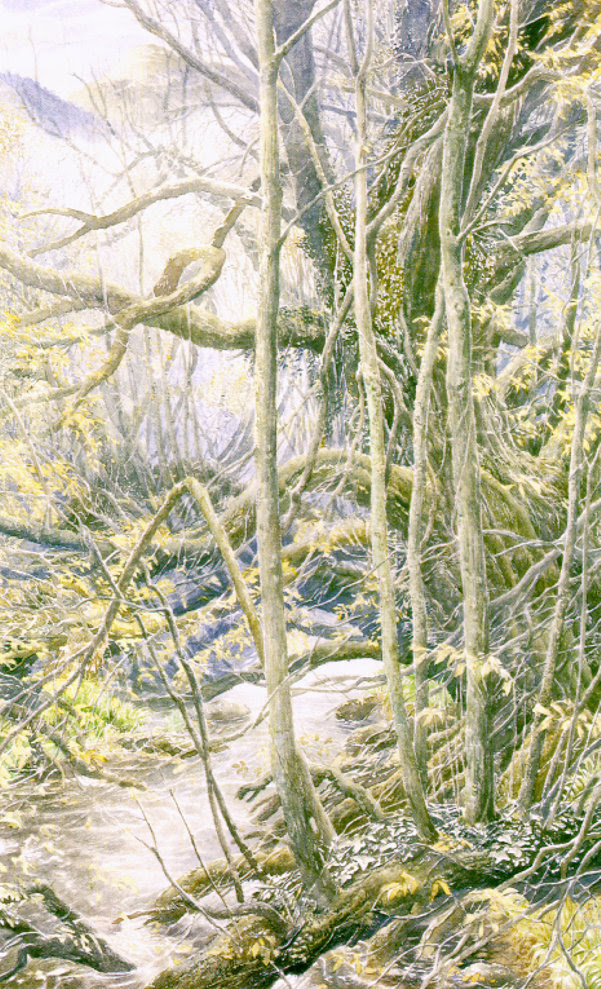 I find this chapter to be particularly fairy tale-ish, with the woods a living, treacherous thing.  The next few chapters tie together quite tightly, and I don't want to get too far ahead of myself with it.  But the Old Forest is a marked difference from the Mirkwood.  Neither forest is one where you should stray from the path, but for markedly different reasons.  When Bilbo went through the Mirkwood it had fallen under the shadow of the Necromancer, and dark creatures like the giant spiders had taken up residence.  The Old Forest is not evil or under any shadow, but stands more as an ancient fragment that exists outside the normal concepts of morality.  The trees are what the trees are, with a level of awareness the allows them to protect themselves from those who may mean them harm, and the memory of a tree is a long thing indeed.

In many ways this section is at odds with the rest of the story, a fairy tale side trip within an epic fantasy.  Multiple interpretations of Fellowship have proven that you can tell the story fine without either the Old Forest or Tom Bombadil.  I believe when I read this passage as a kid I liked it, but was also generally confused by it.  Re-reading now, there's pieces to hobbit history and the personalities making up our quartet that are starting to shine through as they face these smaller threats at the start of their journey.
literary analysis Silmarillion Blues