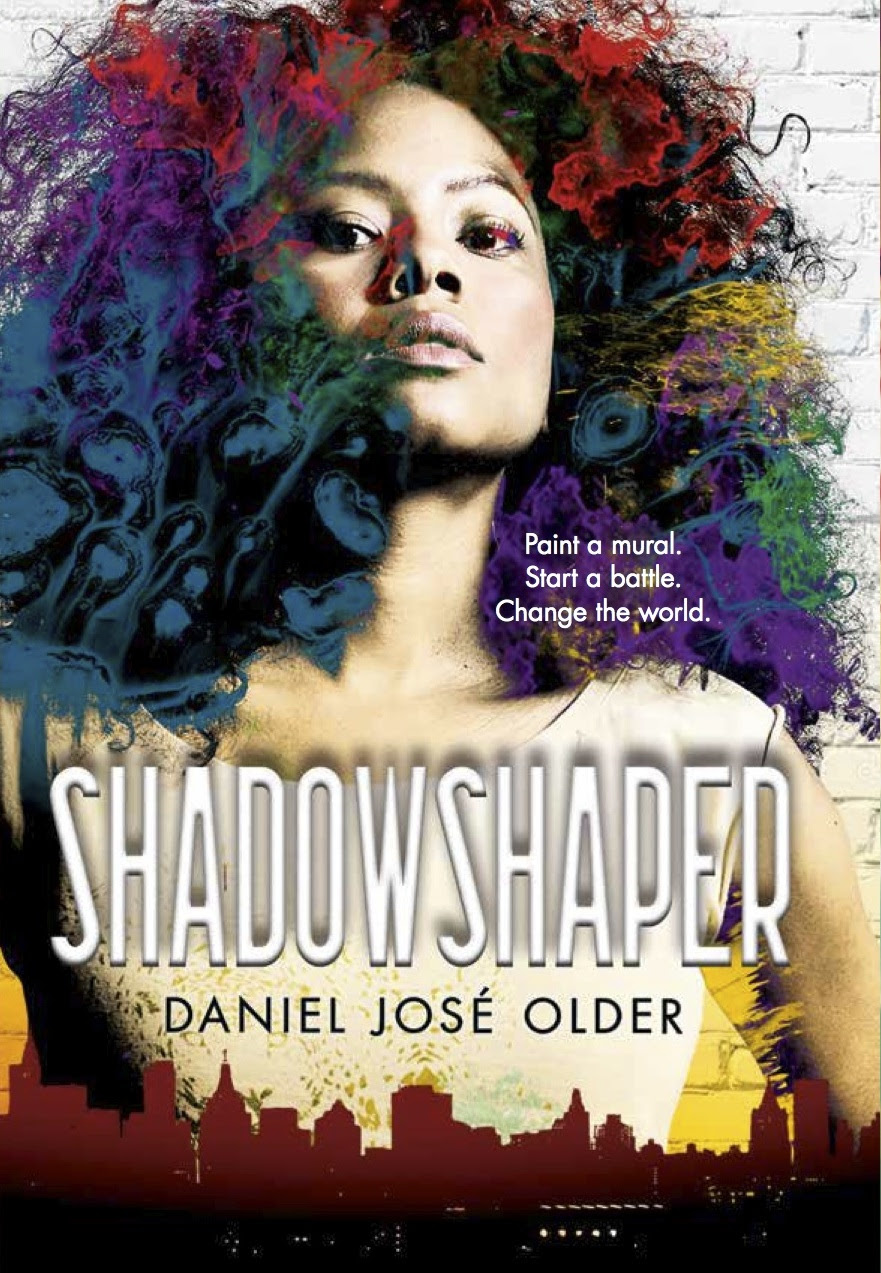 Sierra Santiago planned an easy summer of making art and hanging out with her friends. But then a corpse crashes the first party of the season. Her stroke-ridden grandfather starts apologizing over and over. And when the murals in her neighborhood begin to weep real tears… Well, something more sinister than the usual Brooklyn ruckus is going on.

With the help of a fellow artist named Robbie, Sierra discovers shadowshaping, a thrilling magic that infuses ancestral spirits into paintings, music, and stories. But someone is killing the shadowshapers one by one — and the killer believes Sierra is hiding their greatest secret. Now she must unravel her family’s past, take down the killer in the present, and save the future of shadowshaping for generations to come.

Full of a joyful, defiant spirit and writing as luscious as a Brooklyn summer night, Shadowshaper introduces a heroine and magic unlike anything else in fantasy fiction, and marks the YA debut of a bold new voice.

This book is amazing, and it deserves the awards and accolades it has received.  It's a book of being caught in between, following the story of a young woman named Sierra Santiago living in an increasingly gentrified neighborhood, and discovering a legacy hidden from her.  In the author's own words (provided I'm reading the tweets in the correct order):


"It tackles gentrification, antiblackness, colorism, street harassment & patriarchal douchebaggery all within the the bound of a magical adventure.  It's about Brooklyn and art and the power of memory and murals and the ocean and love and friendship and community.  It's the book I wrote because I couldn't find it in the world, as Toni Morrison taught us to do.  More importantly than all of that, SHADOWSHAPER is the book I never thought I'd be able to get away with publishing but totally did..."

I'd been reading about Shadowshaper everywhere and really looking forward to reading it... so I wrote it into my reading schedule as the April book club pick for Virtual Speculation as well as the YA book club I run at work.  The book is well paced, gorgeously detailed, and makes you think.  I highly recommend it.  As a bonus, this is a book that elicited joy from patrons who finally saw a cover art displaying hair just like theirs.

Discussion fodder (limited, but don't let that fool you, the book is awesome):