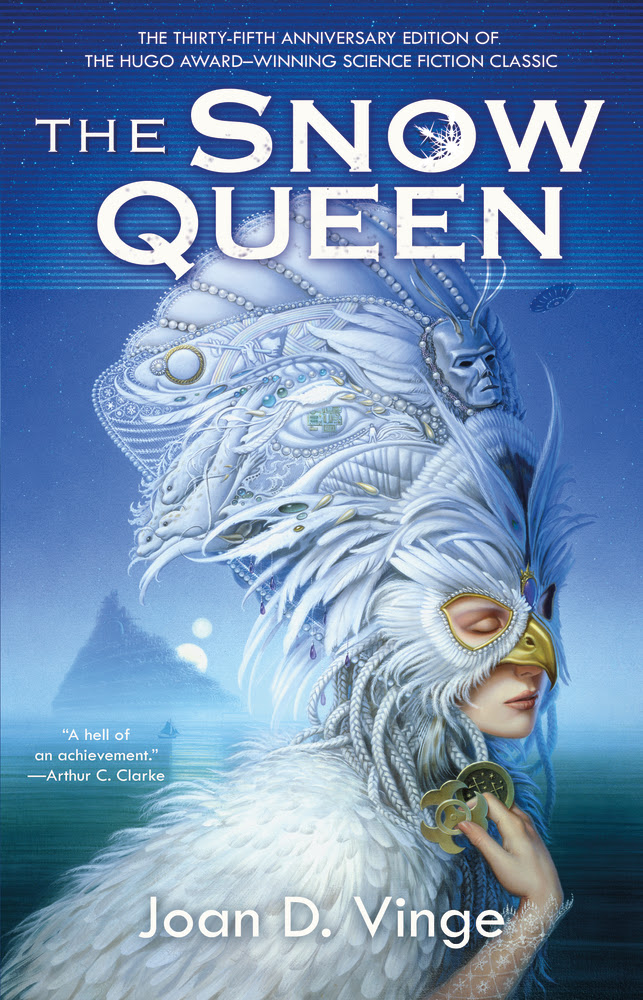 The Snow Queen reinvents the well-known fairy tale into a far flung future, combing elements of science fiction and fantasy together into a textured space opera.

For nearly 150 years Winter has ruled over the planet of Tiamat, a world in a solar system with two suns which revolve around a black hole.  During Winter the planet is accessible to interstellar travel via a black hole gate, but during Summer the system's orbit isolates Tiamat from other planets and the Hegemony that rules them.  As the last years of Winter wane, the Winter Queen sets plans in motions to retain the throne and power through the transition, even at the expense of genocide.

I discovered The Snow Queen through Women in Science Fiction, with Vinge as one of the many incredible female SF authors who's been unfortunately forgotten.  It's a 1981 Hugo Winner with a whole lot going on in it.  I put in as the November Virtual Speculation pick based on that stumbled upon review and I'm really I discovered it.