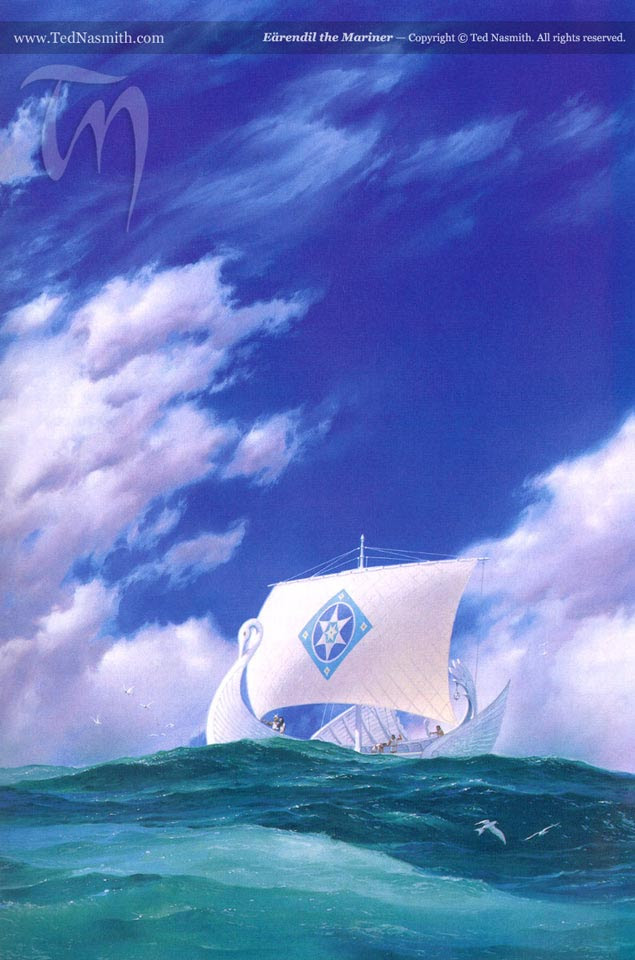 Here we are in the end, the Downfall of Númenor.  The story tells us of the division of Men, those that fell under the Shadow of Morgoth, those who refused all calls, and those who allied with the Eldar and Valar, known as the Edain or the Faithful.  After the fall of Morgoth the Edain were given a land of their own in the West, enriched by the gifts of the Valar, and they were led to it by a star in the sky.  So begins the history of the Dúnedain.

The Dúnedain resemble the Eldar in many ways, tall, wise, glorious, long-lived, and with few children.  They grew skilled in crafts and loved the sea, though forbidden to sail further West than they could still see their shores.  To them the Eldar brought the seedling of Celeborn, the White Tree that marks their standards.  Eventually the Dúnedain returned to Middle-earth, unable to sail West.  To the men living under the Shadow, the Númenóreans were glorious and aweful, strong and skilled, bringing back to Middle-earth something resembling civilization.

But as go most stories of Men, eventually this is not enough, and they turn towards what they cannot have.  They had long lives, but not immortality.  They were Lords and had their land of gifts, but not Valinor.  So they fracture, the King's Men full of pride splitting from the Eldar and the Valar, and the Elf-friends who kept the trust and faith, and so their land and kingdom was diminished by their discontent.

Meanwhile, Sauron emerges from the shadows again, rebuilding and establishing his power in Middle-earth.  The Númenóreans stood as a threat against his power, but they were headed towards decline without even his interference.  Things without his interference have begun slipping.  A king neglects the White Tree, and the Valar withdraw their counsel, and as the generations progress the grief and pride of the Men of Westernesse grows, turning to thoughts of war and of making Sauron a vassal.  Sauron knows his craft, of playing a part and turning hearts against those who would oppose him, and went willingly to the Men and worked in the shadows to twist what they have.

Tolkien gives us Heroes, ones with enduring destiny and who changed the course of Middle-earth through their efforts.  Isildur it should be of no surprise from our familiarity with Lord of the Rings is one such individual.  For his weakness later in keeping the Ring, it is because of Isildur that the White Tree survived the folly of the Númenóreans, and their fall to Sauron's poison.  The Tree was felled, the Men propsered, and their King grew into a tyrant.  Elendil, at direction of his father, made ready to sail away with the families and belongings of the Faithful, and with a sapling of the White Tree. 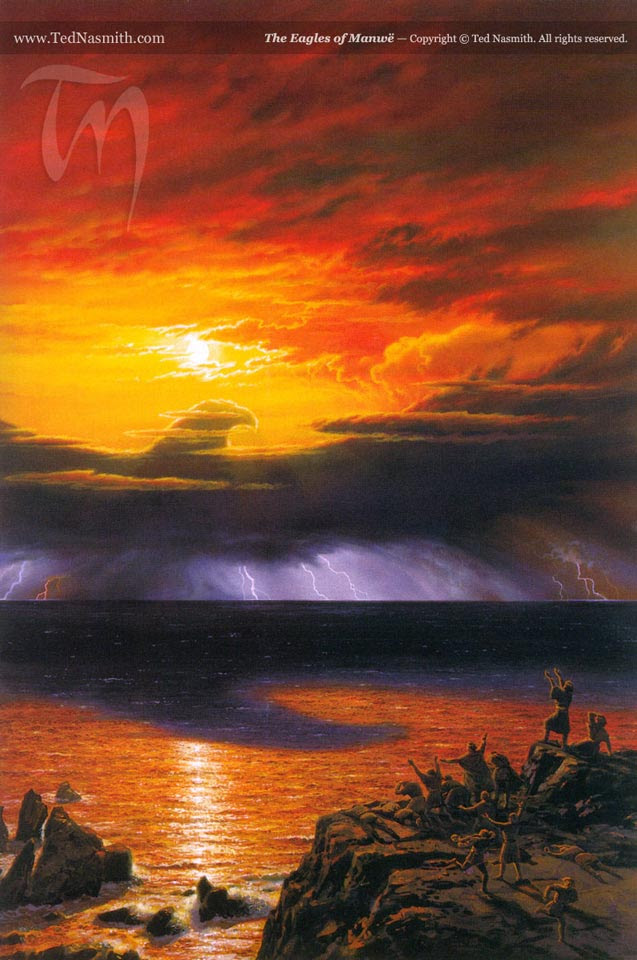 The storms grew, lightning striking ruin on the land and among the people.  And the fleets of Ar-Pharazon, King of the Númenóreans and under the sway of Sauron, sailed forth and spoke to lay claim to Valinor.

This is how things end.

Westerness is lost to the waves, the Númenórean host and Sauron consumed by the abyss, and Valinor now beyond the reach of ships.  Elendil and his sons on their ships survive to Middle-earth, where they rebuild what they can but in a diminished state from the kingdoms of Westernesse.  Meanwhile, Sauron is more than the flesh lost in the Abyss, and his spirit returns to plot within
Barad-dûr.