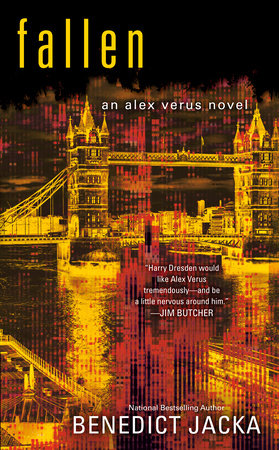 It's always a little awkward to jump into a series so far in, but I was looking for something new and I'm a fan of Urban Fantasy.  Cover blurb from Jim Butcher didn't hurt either.

Ten books in, there's a lot of action and history already past.  However, while I'm certain I've missed some finer points overall at no point did I feel lost.

The voice of the book falls into what I've come to expect as a standard tone for British Urban Fantasy, and should appeal to fans of Paul Cornell's London Falling or Ben Aaronovitch's Rivers of London series.  Comparing to series at large, it have the edge of sardonic humor that fans of The Laundry Files, The Dresden Files, or October Daye are used to, with the story staying to a slightly more serious tone.

What will be familiar is the urgent pressure of the situation Alex Verus finds himself in, trying to succeed against a stacked deck.  Or protagonists build themselves teams, families, allies... but at some point they're forced to work without that aid.  That's where we find Alex as the story progresses, cut off from his resources and friends and facing decisions of sacrifice.  The results are explosive to say the least.

I'm definitely going to go back and read the rest of the series.

Advance Reader Copy courtesy of Ace (Penguin RandomHouse) in exchange for an honest review; changes may exist between galley and the final edition.
book review