The Hobbit : An Expected Journey - Chapter 11

November 08, 2015
More than anything, this is a chapter of nostalgia.  Scene and setting take the stage over action. 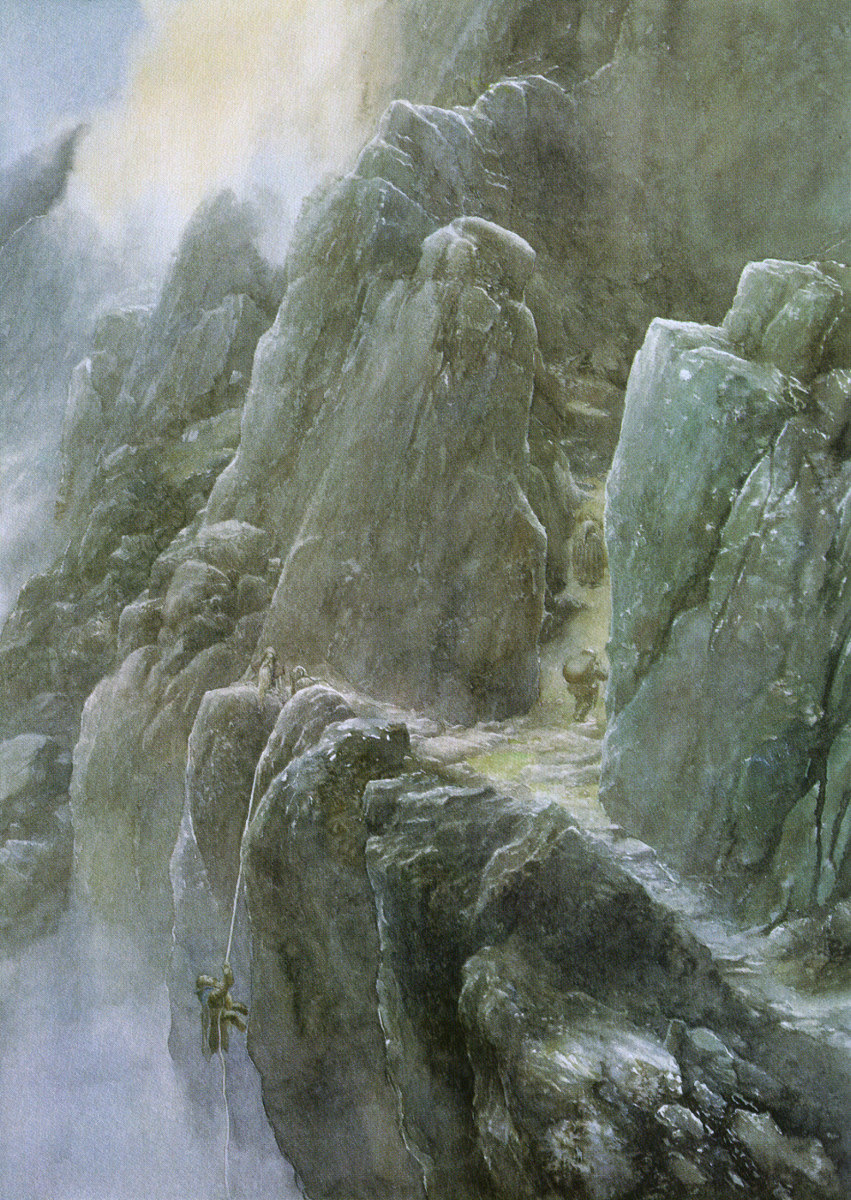 This whole journey has been in stages moving towards the wilds, away perhaps not from civilization, but away from the richness of life and into desolation.  The land around the Lonely Mountain is dead and barren and Dale lies in abandoned ruins, "Indeed their stores had no need of any guard, for all the land was desolate and empty."  The dwarfs who were there when Smaug came are seeing not just their ancestral home, but perhaps a mass grave.  The dwarfs who have never been to the Lonely Mountain are seeing it for the first time.  Everything is grim, even the sparse wildlife, with the dwarfs saying "dark birds, they look like spies of evil"

Bilbo has gone from part of the party on sufferance to leading.  The dwarfs by and large are feeling more defeated and despondent than inspired, as they face the reality of the mountain itself.  On the other hand, Bilbo is invigorated at their success so far.  "It was he that made the dwarves begin the dangerous search on the western slopes for the secret door."  Not only that, but he's getting strong feelings that are instrumental in steering the quest.

This is a very short chapter, dedicated to transition and setting the stage for the next step of their quest. Finally a chapter that matches the pacing of the film.  A whole lot of scene setting and nothing happening.  Though of course, the chapter doesn't match the pacing of this section of film, with a journey that takes some time in the book taking place in a single afternoon (and apparently it's any Durin's Day, no longer a specific one).  The dwarven stair was cleverly done.


"Before setting outto search the western spurs of the Mountain for the hiddne door, on which all their hopes rested, Thorin sent out a scouting expedition to spy out the land to the South where the Front Gate stood.  For this purpose he chose Balin and Fili and Kili"


So, if you've been reading along previous chapters, you know exactly where this is going now.  That whole bit with needing to heal Kili is just extra drama.  I've beat this dead horse again and again.

We also get interludes with more of Gandalf's quest, and that more specifically tightly links the events during the time of The Hobbit to those of The Lord of the Rings, complete with some familiar musical passages.  Honestly, I find it neat to see Gandalf actually use some magic, but you know I'm displeased with White Orc bits.  We'll leave it like that, and it does give Gandalf good reason to not be exactly where he wants exactly when he wants to be there.  On the other hand, between this and the whole Kili plot, it feels like the whole purpose is to give us multiple cliffhangers.
literary analysis Silmarillion Blues