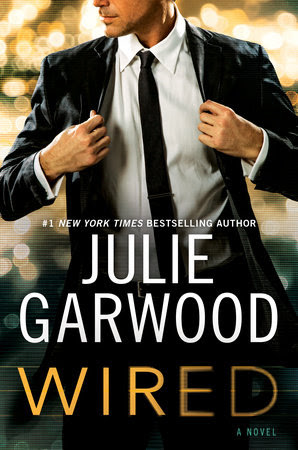 FBI Agent Liam Scott knows there's a security leak, and he's sure it's from inside the agency.  Enter the gorgeous and too smart to be believed Allison Trent, a brilliant programmer who takes refuge from her manipulative family in code.  Scott learns enough about Trent to know that she is in a class of her own when it comes to coding and hacking skills, and believes that they need someone from the outside to find the leak.  Trent is a little less enthusiastic, she knows she can do it, but regardless of intent she's done quite a bit of illegal hacking that could get her into serious trouble.  Even if that hacking has resulted in the return of millions of dollars and the apprehension of scammers by the FBI and other agencies.  But there's more to the crimes she faces down than just lines of code, and things start hitting close to home, while Scott and Trent struggle with keeping things if not professional, at least casual between them.


I can definitely see where Garwood has a dedicated audience, but I felt the story lacked in suspense, romance, and comprehension of technology.  The idea of a perfect firewall (or firewall equivalent) that you never have to update is a great one... but here's the thing, computer systems and  programs aren't static.  So her program kind of has some glaring flaws.  The hacking was all a little Swordfish-esq to me as well, but that could just be me nitpicking.  As for the suspense, it was pretty obvious what the threat(s) were, even with some minor red herrings.  The romance goes from "no strings" and lots of dramatic anguish (and hurt feelings)... to an immediate "I love you, lets get married" without any addressing or resolution of the significant hurt and issues between them.  The sex happened to hit a few of the cliches I find annoying, such as going from never having ever experienced an orgasm to a earth-shattering one like magic.