Please forgive me the paraphrasing, and regardless of my atheist status, no disrespect is intended. 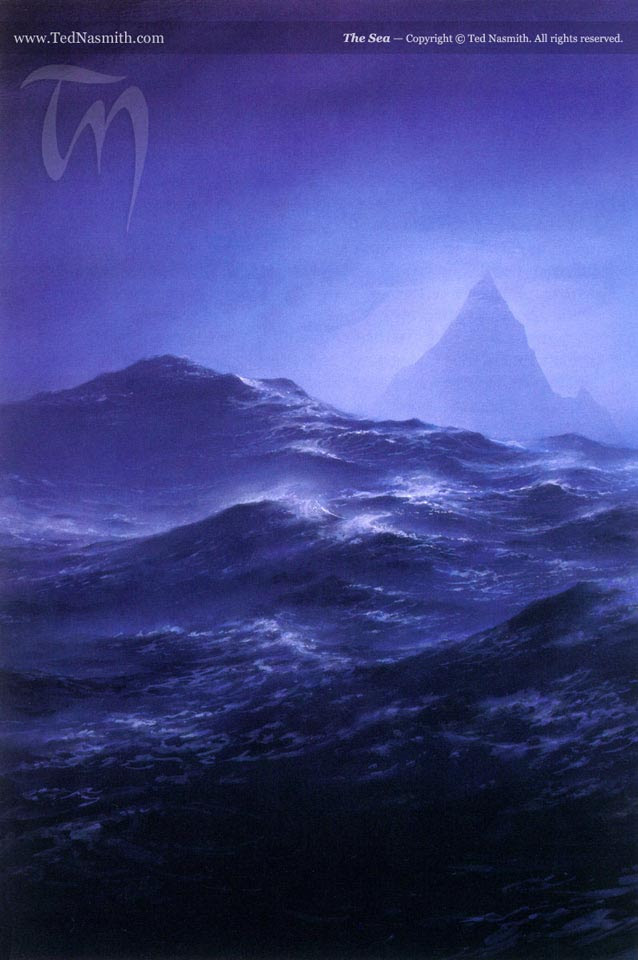 The thing is, I cannot read Ainulindalë without thinking of the Bible.  This is going to sound super weird, but I used to read the Bible in church because I was bored out of my mind during the sermon.  Plus one of my college English classes did some readings so I have an Oxford Study Bible living on my shelves with all my folklore, religion, and mythology texts.  I find study of religion, myths, and folklore fascinating, and I don't separate out popular modern religion from those of days past.

Instead, the above paraphrasing is a deliberate invoking of a well known Bible verse to draw attention to mythology parallels within Middle Earth.  And we see many parallels, from the angelic chorus, to the creation of a world for peoples with Free Will, and to the dissension and fall of the greatest of the angels.

The main players are Ilúvatar (the Creator), the Ainur/Valar (angel analogs), and Melkor (the dissident).  Also of note is Melkor's brother, Manwë, who serves as a counter balance of sorts.  That being said, as a counter balance he's not very impressive.  He has almost the entire host of the Valar behind him and barely keeps Melkor in check.  To me the interesting part is Ilúvatar's handling of Melkor, taking his dissonance and making it part of the song.  It doesn't solve the problem, but it shows a balance of sorts.  Even without Melkor there would be strife in the world he created for the Elves and Men, but by having Melkor interfering there becomes greater opportunities for heroism to offset the villainy.

It should be to no one's surprise the role of music in the creation of Middle Earth.  Music is an anchor of all Tolkien's stories and the races within.  So it makes sense that the world itself is literally a musical composition.

One last thing before I wrap this up.  This is probably just me, but this little bit really reads like gender determination as separate from sex characteristics.


"But when they desire to clothe themselves the Valar take upon them forms some as of male and some as of female; for that difference of temper they had even from the their beginning, and it is but bodied forth in the choice of each, not made by the choice, even as with us male and female may be shown by the raiment but is not made thereby."

I am certain that Tolkien was not thinking about even the concept of transgenderism or gender determination as distinct from sex.  But I find it interesting when these concept appear in older, non-related, literature.
literary analysis Silmarillion Blues