August 12, 2017
In the early days, while the world was still being formed, a powerful spirit came to the aid of the Valar against Melkor, driving him off with his "wrath and laughter."  And thus did Tulkas the Strong come to reside among he Valar and become one of their number.  It also earned him the life-long enmity of Melkor, but let's be honest if you can face down Melkor, earning his enmity isn't exactly a huge surprise or challenge.

Melkor's retreat to regroup and fortify gives everyone else some breathing room, and the Valar take it as an opportunity to tend to the world and bring life and beauty to it.  Two mightly lamps are built, blessed, and set to the North and South (Illuin and Ormal), spreading light across the land. 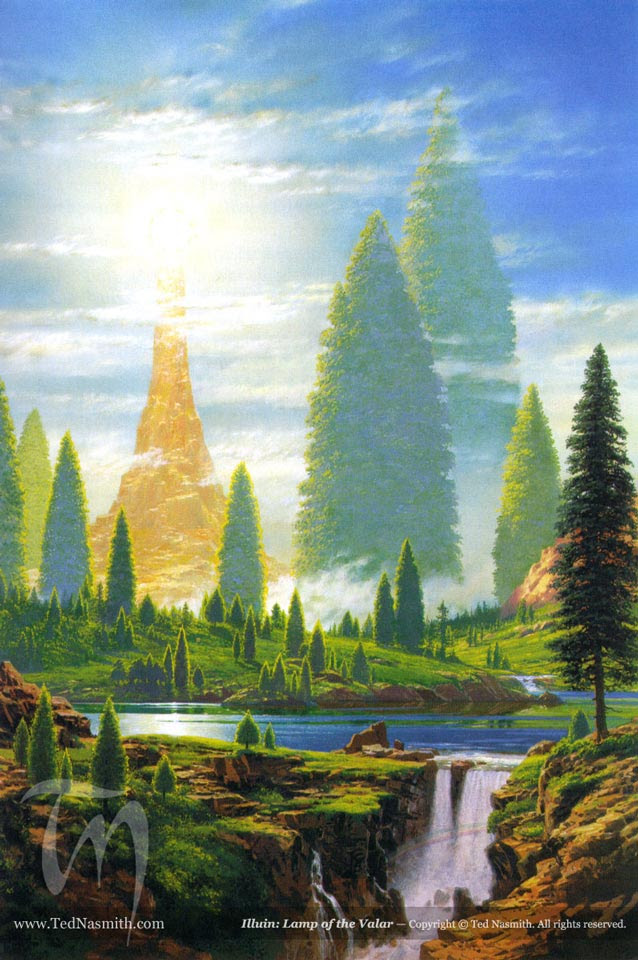 Then after their labors, they celebrated and rested.  Since no one bothered dealing with Melkor in this time, well, we know where this is going.  While the Valar shaped the world, Melkor was seeding spies among the ranks.  As his stronghold grew in size and fortification, the land around suffered from a blight signaling his presence.  He then attacked before the Valar could track him down and shattered the two lamps.

In the aftermath, the Valar retreat from Middle Earth for the Land of Aman on the westernmost borders of the world, where they raised the Pelori and established their own fortified domain.  There they accomplish works, tending the lands around the Pelori, and bringing into being the two Trees, Silver Telperion and golden Laurelin.  The trees brought light to the realm, waxing and waning in opposing cycles like the sun and the moon.  Blessed trees are a core part of Middle Earth, but none so much as these two, that after an attempt by Melkor to see them destoryed, become the Sun and the Moon.


That Middle Earth did not fall completely to the Shadow before Iluvatar brought forth the Elves and Men is largely thanks to Ulmo, who alone resided outside of their walled garden and ensured that life grew even in the dark places of Middle Earth.  Small measures were made on occasion, largely by Yavanna and Orome, but for the most part I cannot help but feel the Valar failed to fulfill their duty.

The Quendi (Elves) and Atani (Men) are brought forth, beings in a Song not understood by the Valar.  The Valar are not set above the Elves, being instead fellow children of Iluvatar.  Of the two races, the Elves have the closet relationship with the Valar, more of the Earth, destined to walk the world until it dies, and with their purpose after the World's end left secret.  The Men are given curiosity and short lives, destined to join in the Second Music of the Ainur, and remind the Valar of Melkor.
literary analysis Silmarillion Blues