Things start out quite nicely, with Melkor locked away, the Eldar gathering and enjoying a time of peace.  We even have a love story.

Spoiler: it all ends horribly.

As soon as I read that Míriel could only stand to bear a single child and that Finwë wanted more my first thought was "Well, this is going to end poorly." 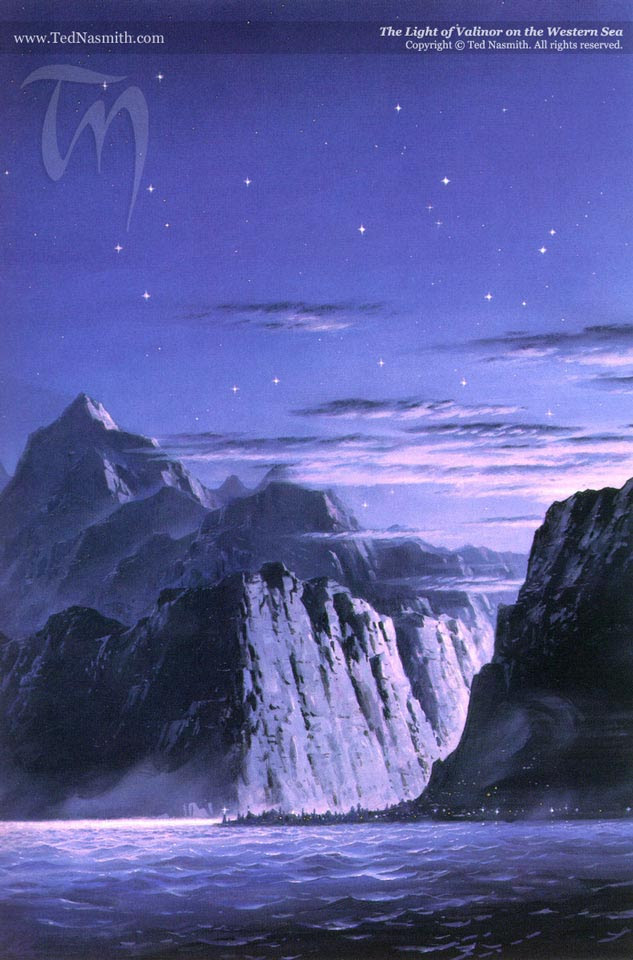 Tolkien enjoys his epic love stories, ill fated or destined for greatness.  And so we have the marriage of Finwë and Míriel, deeply in love and from whom comes perhaps the greats of the Noldar artisans, Fëanor.  Birth is never easy, something that we often forget when it happens behind the closed doors of hospital rooms.  Women undergo intense physiological and psychological changes during pregnancy and at the end of it they suddenly have another life they are responsible for.  Actually, one of the biggest fears I have regarding spawning is that with my baseline neurochemical imbalances (and other factors) I have a deep seated fear of postpartum depression and/or postpartum psychosis.

Míriel bears a son, and "was consumed in spirit and in body; and after his birth she yearned for release from the labour of living."  I can't help but feel intensely frustrated with Finwë expansive grief when his wife says "No more children."  Functionally immortal with their first child yet a babe, they have time (let alone arguments about bodily autonomy and reproductive choice).  In a few decades or more, maybe she would look at her life and reconsider how she felt about bearing another child (or not, and that's OK).  Instead he displays a complete inability to understand the depth that is wife was suffering.  Maybe there was nothing Finwë could do to save Míriel, and the Eldar are a young race with much to be learned about heart and mind.

So Míriel lays down in the gardens of Lorien to rest, and her spirit departs.  I'm still not convinced this is not a deep deep depression and it's repercussions.  A literal "giving up the ghost," but not a deliberate suicide in my interpretation (I realize others do not agree with this assessment).  Meanwhile, Fëanor grows up brilliant, strong, and glorious, creating masterworks of metals and gems, and for a time married to Nerdanel who provided balance to his life and bore him seven sons.

And then, in no particular order, Finwë marries again and Fëanor is decidedly not happy with his stepmother or new brothers, Fëanor largely splits from the family and becomes his own force of driven angst, and Melkor makes parole.

How I summarize what comes next:

Manwe is simply too innocent and too good to understand evil, though Ulmo and Tulkas grok what's going on.  Or maybe they're just distrustful and hold a grudge, but that's better than anyone else, so I'm giving them the benefit of the doubt.  In this case, even with Melkor confined to a region, the Valar are showing a depressingly characteristic lack of wisdom or understanding of things beyond their personal and limited scopes.  "But fair-seeming were all the words and deeds of Melkor in that time, and both the Valar and the Eldar had profit from his aid and counsel, if they sought it."

Interestingly, while the Valar and the Eldar, the Noldar in particular, availed themselves of Melkor's knowledge, Fëanor holds a deep seated hatred of Melkor deep enough to surpass any desire or ambition.  “But he lied in his lust and his envy, for none of the Eldalie ever hated Melkor more than Feanor.”  I was surprised by this, I totally expected Fëanor to succumb to ambition based on all the hinting this chapter gave.  I guess his dark destiny still awaits.