January 05, 2018
We start out with Beren and Lúthien in their (literal) new life together, visiting their family and then leaving to live their own life (and reproduce) "until all tidings of them ceased." 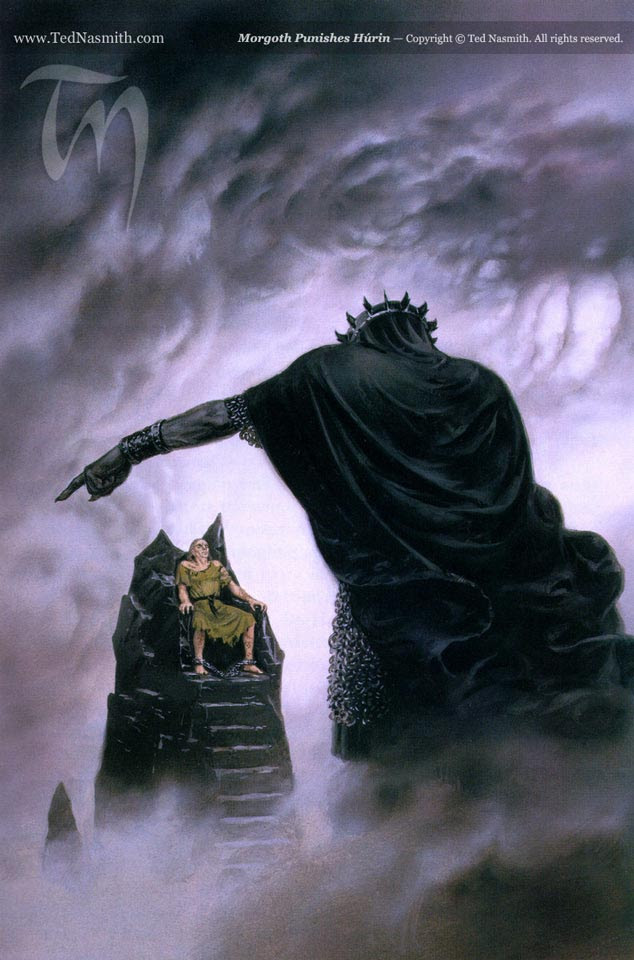 And then we go on to a different story.    Maedros takes heart from the deeds of Beren and Lúthien in their blows to Morgoth and tries to unite the different Eldar peoples to stand against him.  Sadly, sons of the father and all that, this is less effective than it could be, though they make a showing.  Also, I think we can all agree showing up and making ultimatums rarely goes well, so haughtily demanding that Thingol hand over the Silmaril or become their enemy.

What follows is a hot mess.

Morgoth has his plans, the Elves do their best to out-think and overpower them.  Unexpected aid shows up, but the forces are also drawn in when they should stay back.  The Elves might have had a chance but for betrayal by allies.  The Dwarves stood against dragon fire and foe, but Balrogs struck down the High King of the Noldor and even might Húrin was eventual outnumbered and taken captive.  The conflict goes to Morgoth, with his opposition crushed, many of the surviving Eldar seeking the Havens, but the longer war is still not over.
literary analysis Silmarillion Blues