January 18, 2018
As previously related, Húrin was captured and his family cursed.  Now we get to read about it "in brief."  It's worth mentioning that The Children of Húrin exists as its own novel.

As it stands, this is a story of mistakes, pride, and overall bad decisions.  Maybe at some point folks will start learning to listen to Maia.  I'm considering just calling Melian "Cassandra" from now on.

Túrin was sent into Thingol's fosterage, where he does well until news of his mother and sister stopped, and he went searching.  On his return he was worn, unkempt, and probably not in the best head space... and a councelor decided to be petty and a few clashes ended with Saeros falling into a chasm and Túrin deciding he was an outlaw rather than risk judgement and imprisonment.  He goes a little edgelord there, becoming the captain of outlaws and naming himself Neithan, or "the Wronged."  Seriously, dude?  Then when Thingol sends someone out to make sure Túrin knows he is not held guilty, Túrin rejects the pardon. 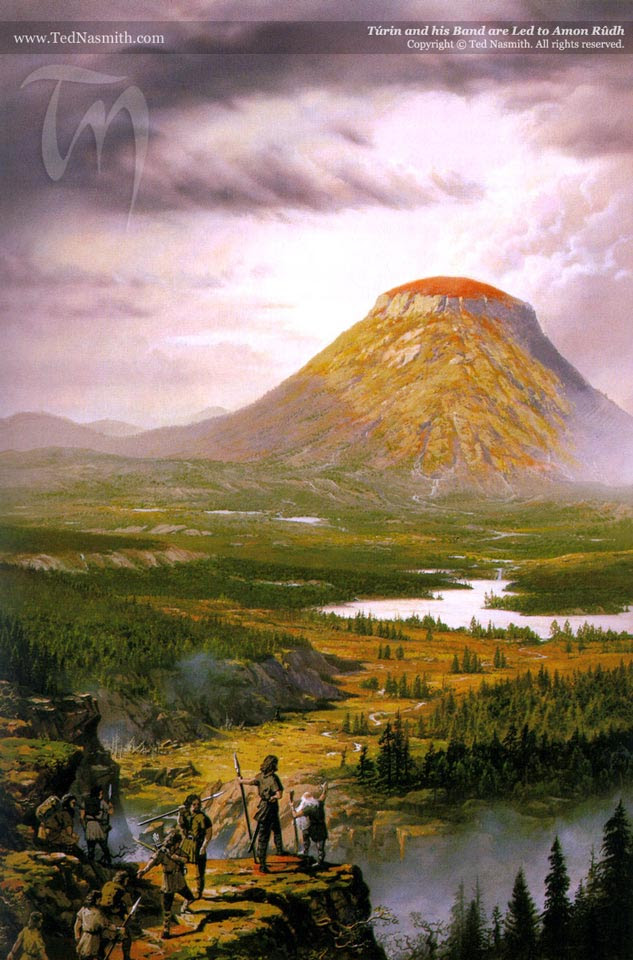 So Belag Strongbow returns to his king to inform Thingol of Túrin's decision, and is awarded with the evil sword of evil.  Crafted by Eöl, Melian warns "There is malice in this sword. The dark heart of the smith still dwells in it.  It will not love the hand it serves; neither will it abide with you long."

Túrin on other hand has a violent encounter with some dwarves that ends up with him taking up residence in hidden halls accessibly only by him.  I wonder if Mim is a reference to Mimir, the Rememberer, for he tells tales largely unknown of a people of dwarves otherwise forgotten.  Morgoth happens, captures Mim, finds the hidden home, and captures Túrin.  Things go even more wrong with Belag cuts Túrin's bonds with his evil sword and accidently pricks Túrin with it, sending him into a paranoid murderous rage.

Túrin then goes forward with Belag's, learning of his own curse, and attempting to leave his name behind.  That doesn't work so well, but his true name earns him prestige and renown... and some actual military triumph when others take his advice.  When Túrin goes forth on the battle field enemies fall before him. 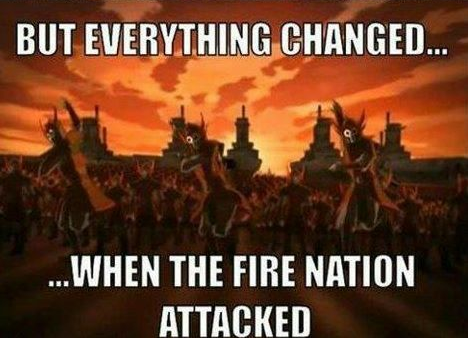 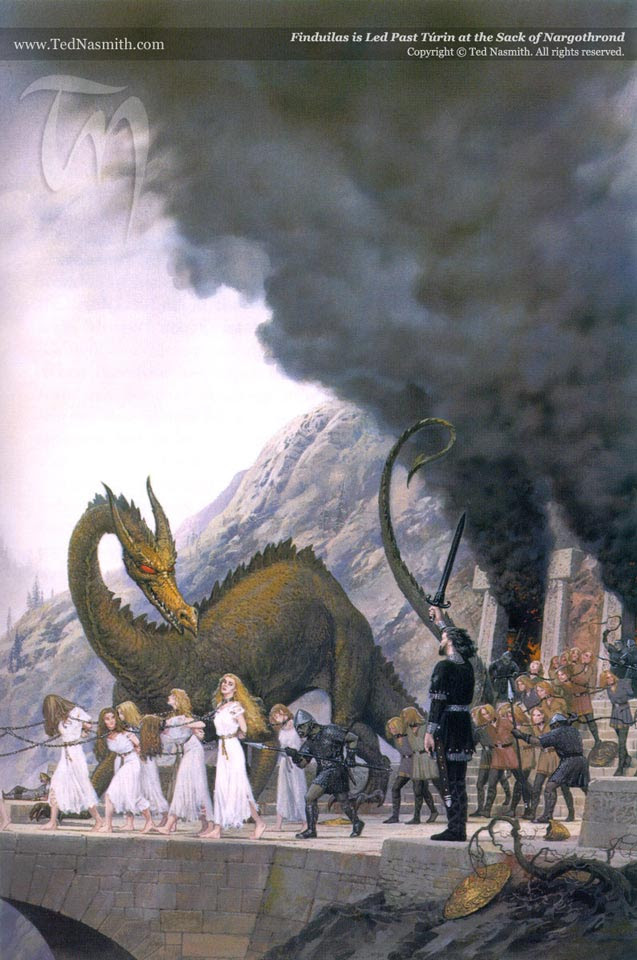 Dragons as we know have a gift with words, can weave truth and distortion into a true-seeming to enchant the mind and catch their prey.  As did Glaurung to Túrin.  He strikes down the great dragon, but in the end various people are assumed dead, kill themselves, or are killed in misguided vengeance.  Again, a malice filled evil sword was a major agent of all of this, and it could have been largely avoided.  There's also some incest thanks to being unable to recognize each other as siblings until after Glaurung dies.

In the end, Túrin asks his sword to end his life... and unsurprisingly it says it will "gladly."
literary analysis Silmarillion Blues