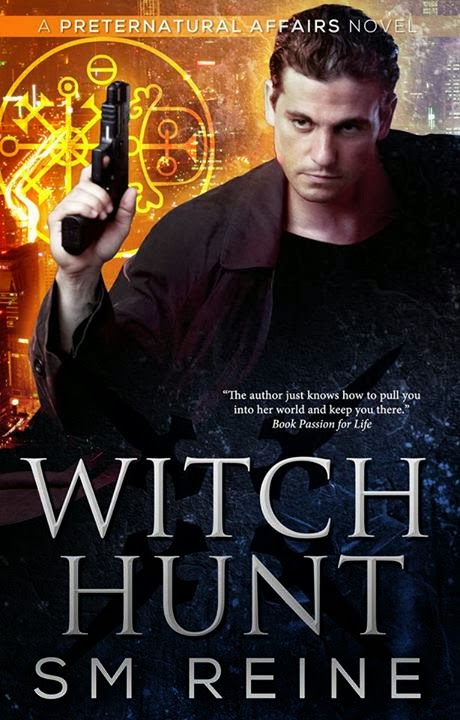 There are scratches on Cèsar Hawke’s arms, a discharged Glock on his coffee table, and a dead woman in his bathtub. Yeah, maybe he brought the waitress home for some fun—he was too drunk to remember it—but he knows for a fact that he didn’t kill her. He’s an agent with the Office of Preternatural Affairs. He doesn’t hurt people. He saves them.

Isobel Stonecrow speaks with the dead. She brings closure to the bereaved and heals broken hearts. But when she talks to the wrong spirit, the OPA puts a bounty on her head.

Tracking down Isobel is the last case assigned to Cèsar before he bolts. If he finds her, he can prove that he didn’t kill that waitress. He can clear his name, get his job back, and bring justice to all those wronged families.

She’s just one witch. He’s bagged a dozen witches before.

How hard can one more be?

Cèsar is your average witch working to protect the average citizen from the darker denizens of the world (or not of this world if it is called for).  He's got some talent, some smarts, and based on the reactions of nearly every woman he encounters, isn't bad on the eyes, which is fortunate because he needs every edge he can get.  All he knows is he woke up after what must have been a wild night to find a dead woman in his bathtub, and he can't remember last night but the evidence is strongly against him.  So it's a race and against the clock and the system as he tries to prove his innocence, uncovering some unsettling corruption in the process.

Witch Hunt has decent pacing without any really strong tension.  The the story has some predictable plot points, but overall it's played out with a close hand.  Some hints at romance or at least some steamy encounters further along in the series, but no consummation of that teaser just yet.